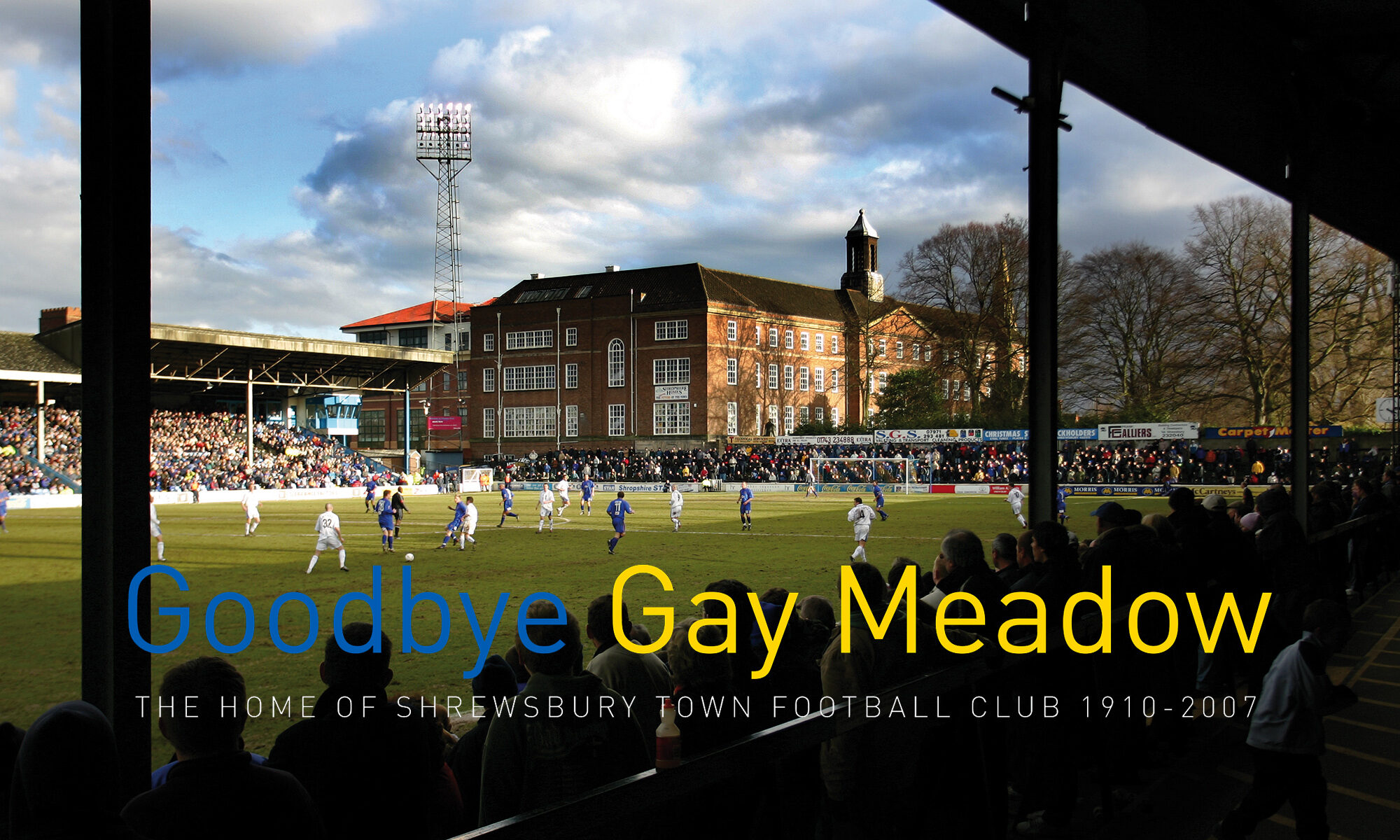 The Independent BOOK OF THE WEEK 21 January 2008

Dave Hadfield Monday 21 January 2008 01:00 You could not honestly claim that Gay Meadow – that most politically correct of ground names – was a thing of intrinsic beauty. The book commemorating its 97-year history, however, most certainly is. There have been more celebrated departures in recent years from more famous grounds, but not even Maine Road or Highbury have looked as ravishing in hindsight. That has much to do with the sheer weight and richness of detail. Matthew Ashton is a proud Salopian as well as a brilliant photographer and he has made a life’s work of capturing every quirk and foible of the ground – and there are many to capture. “You can’t put a price on character,” writes one of its admirers. “If you could, Gay Meadow would be the most valuable football ground in the world.” Part of its charm was its situation – bang in the middle of one of England’s most attractive towns. It is a reminder of how much is lost when clubs move out to the ring road, the industrial estate and the middle of nowhere. “When you’re at The Meadow, you’re in Shrewsbury,” says one of the contributors to the text, succinctly. It is one of the triumphs of this volume that the words, largely from some very articulate Shrewsbury supporters, are married so harmoniously with the photographs. It is for those glorious pictures, however, that most people will buy this book. It is invidious to start picking out individual shots, but some are close to being too good to be true. Take one shot that underlines the ground’s proximity to the River Severn, for instance. Not only is the pitch flooded – the frequency of which is a matter of Salopian pride in itself – it is also spanned by a perfect rainbow. This is football in fairyland. Under the circumstances, it is surprising that, apart from one rather dodgy shot of the mascot, Lenny the Lion, paddling his way across, yes, a flooded pitch, it is only in the last few pages – of over 250 – that Ashton tackles Shrewsbury’s most iconic eccentricity. One contributor notes that, as a child on the Riverside Terrace, he thought that all football clubs had a man in a coracle to retrieve lost balls. It is rather sad that they do not and that Shrewsbury themselves no longer need one now they have written their last tale from the riverbank. link to newspaper article 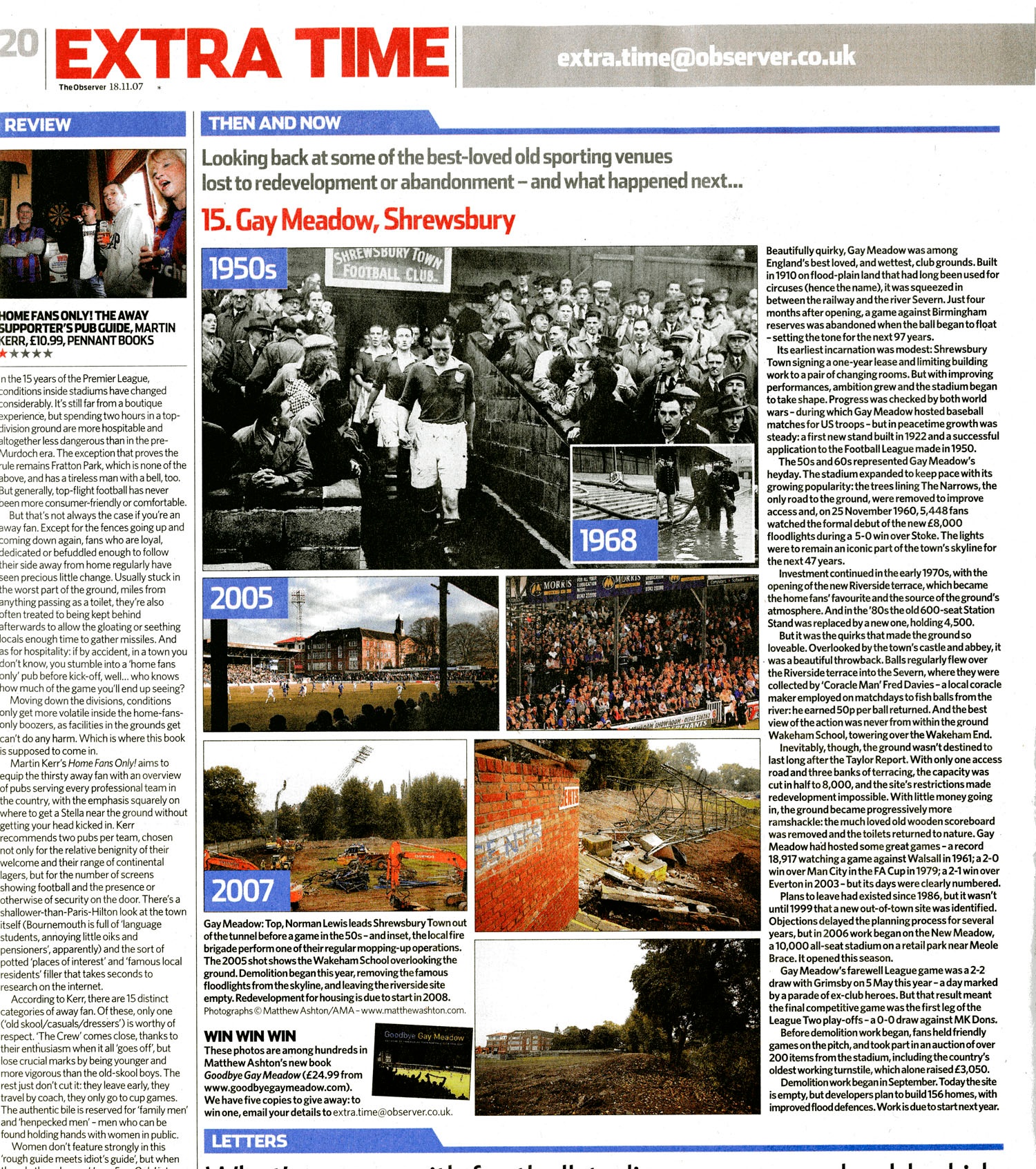